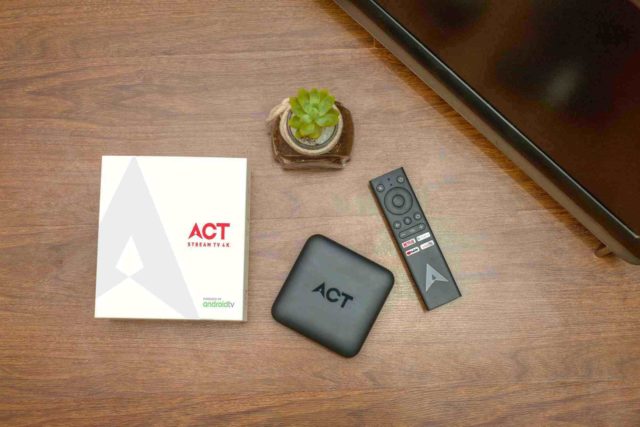 ACT Fibernet which is known for its high-speed fiber optic internet in India has today forayed into the consumer product category. ACT Fibernet has launched a new 4K Android device known as ACT Stream TV 4K for a price of Rs. 4499. 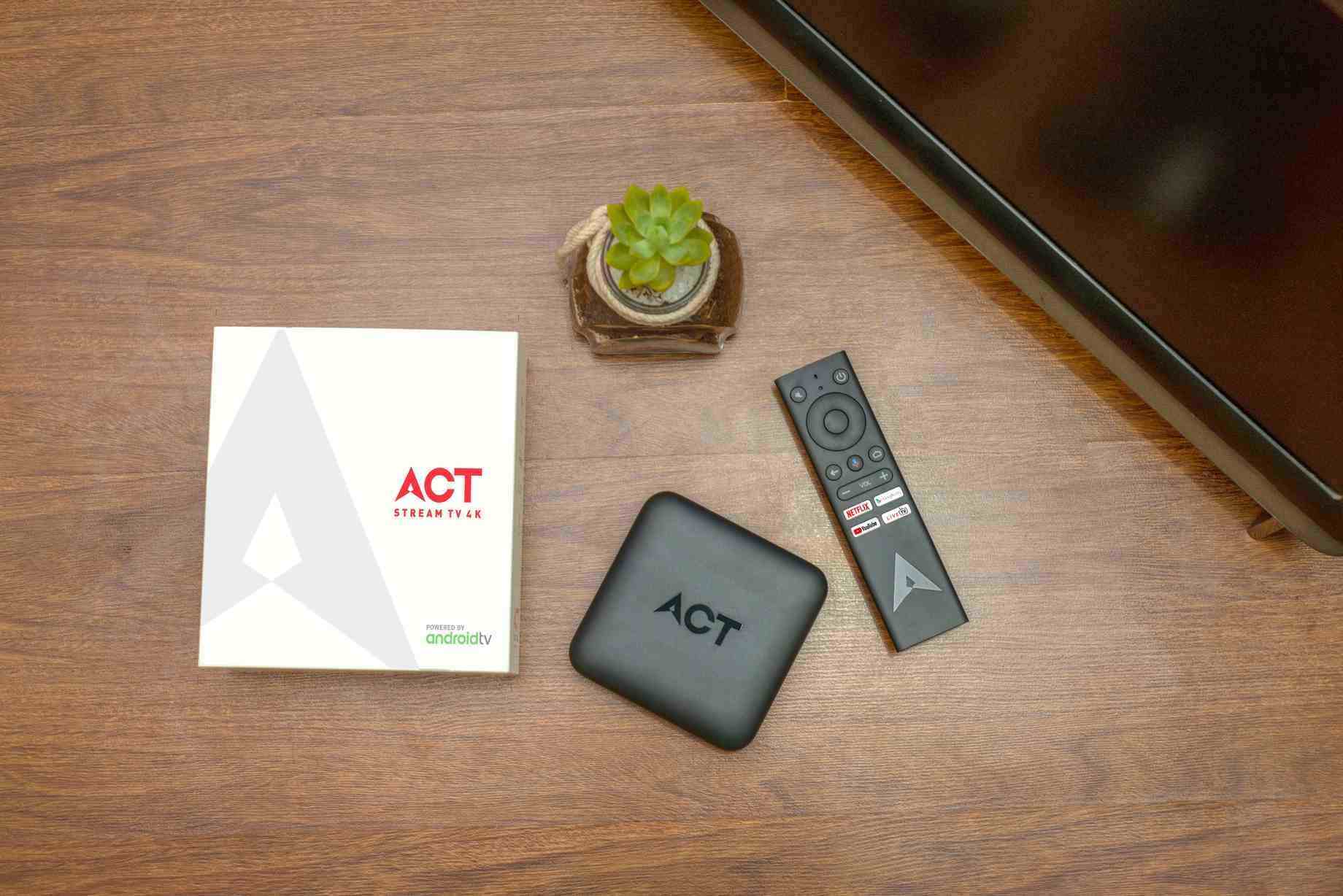 ACT Stream TV 4K is an Android-based smart box that runs of Android 9.0 Pie. It is powered by the Hi-Silicon 3798M V200 SoC and is coupled with 2GB RAM and 8GB internal storage. The 4K Android box has support for both 2.4GHz and 5GHz WiFi bands which should help in smooth streaming. When it comes to the physical ports, ACT has not compromised on this and has included 2 USB ports, 1 Ethernet port, 1 HDMI port, 1 AV output, and 1 SD card slot. It is also Widevine and Playready which means that streaming 4K content shouldn’t be an issue with this ACT Stream TV 4K.

The ACT Stream TV 4K box is priced at Rs. 4499. It will be available with select plans and for purchase post commercial launch that will happen in May 2019.

Additionally, as an introductory offer, ACT Fibernet will provide the ACT StreamTV 4K complimentary to select 5000 customers. Interested users can register at actcorp.in/streamtv4k

Also, customers will get a bundle of other exclusive offers including, discounted rates on the VOD apps, extended trial periods on content apps, free access to pay-per-view content, download apps from Google Play store and more.