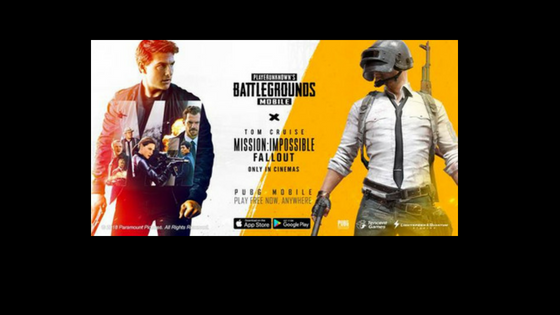 As part of an unprecedented month-long campaign for PlayerUnknown’s Battlegrounds Mobile (PUBG MOBILE), Tencent Games has partnered with the new movie, “Mission: Impossible – Fallout,” which released in theaters on July 27, to deliver all-new in-game content inspired by the film. This latest update, available now, comes just in time for PUBG MOBILE players.

Players can experience the world of “Mission: Impossible – Fallout” on their Android and iOS devices in PUBG MOBILE with new items, challenges and other recognizable content straight from the film. 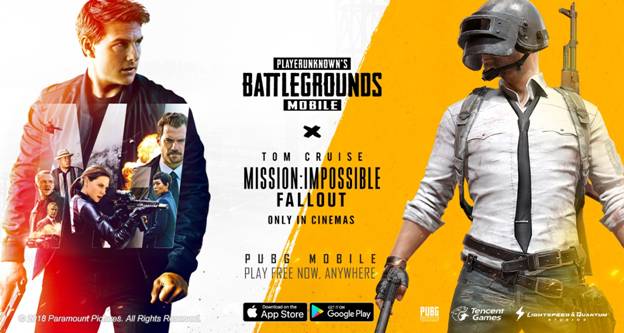 PUBG MOBILE is available to download for free on the AppStore and Google Play.

“Nothing is impossible for PUBG MOBILE, the world’s most popular mobile battle royale game –  not even a partnership with an iconic movie franchise such as “Mission: Impossible”. After only a few months on the market, we continue to build our player base forPUBG MOBILE– now over 100 million strong – while growing our brand with innovative partnerships such as this special in-game event with to appeal to a broad range of gamers worldwide.”

PUBG MOBILE is developed by Tencent Games and PUBG Corp. and based on PlayerUnknown’s Battlegrounds, the original PC and Xbox One gaming phenomenon that took the world of interactive entertainment by storm in 2017. Up to 100 players parachute onto a remote 8×8 km island to battle in a winner-takes-all showdown. Players must locate and scavenge their own weapons, vehicles, and supplies, and defeat every player in a visually and tactically rich battleground that forces players into a shrinking play zone.