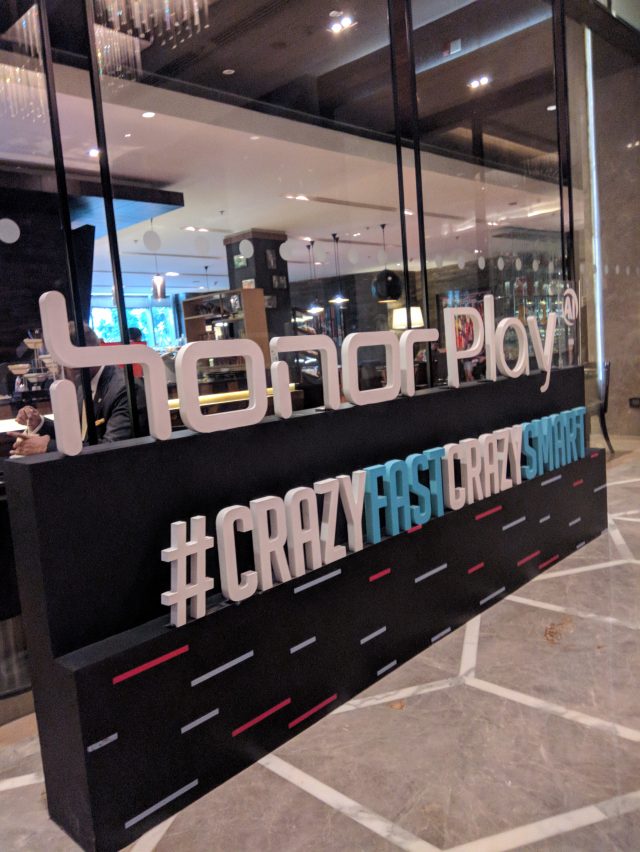 Kirin 970 is a flasghip chispet from Honor with AI capabilities. If you recall, it was found in flagship smartphones like Huawei P20 Pro, Honor 10 etc. Today, at a launch event in New Delhi, Honor launched their latest smartphone, Honor Play.

Honor Play sports a massive 6.3 inch FULL HD+19.5:9 display with a resolution of 1080 X 2340 pixels. It is powered by HiSilicon Kirin 970 Octa Core processor and coupled with 4GB RAM and 64GB internal storage.

When it comes to the camera, it sports a 16MP+2MP Dual camera with AI features and the a 16MP front facing camera. The rear camera has support for both Optical Image Stabilisation(OIS) and AIS.

The Unique Selling point a.k.a USP of Honor Play is the gaming capabilities and the smartphone is aimed at mobile gamers. It features a all new GPU Turbo technology from Honor which claims to increase the GPU efficiency by almost 60%. It also has a 3D sound support for an immersive gaming experience.

Honor Play is backed up by a 3750mAh battery with fast charging capabilities. The supplied charger in the box is a 9V 2A charger which ensures the smartphone is charged quickly.

Honor Play smartphone is priced at Rs.19,999 for 4GB RAM variant and Rs.23,999 for GB RAM variant  in India and will be available exclusively on Amazon India starting 4PM today i.e., 6th August 2018