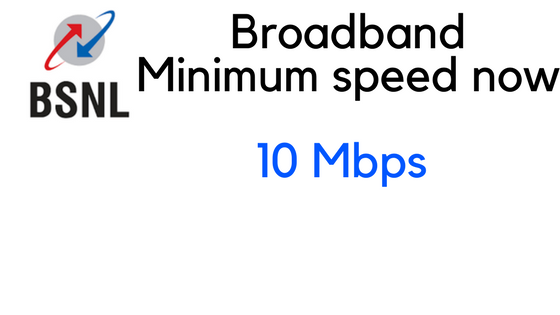 BSNL broadband revised the minimum broadband speeds to 2 Mbps last year across Pan India. After that, there have been no drastic changes in the plans from the company.

Today, BSNL has brought in a major change to its existing broadband plans by increasing the minimum PreFUP broadband speeds to          10 Mbps from 4 Mbps. However, this is applicable only to the plans above ₹ 675 i.e., BBG Combo ULD 675. The revised speeds will be applicable from 1st November 2017 across Pan India.

Here are the revised broadband speeds from BSNL. 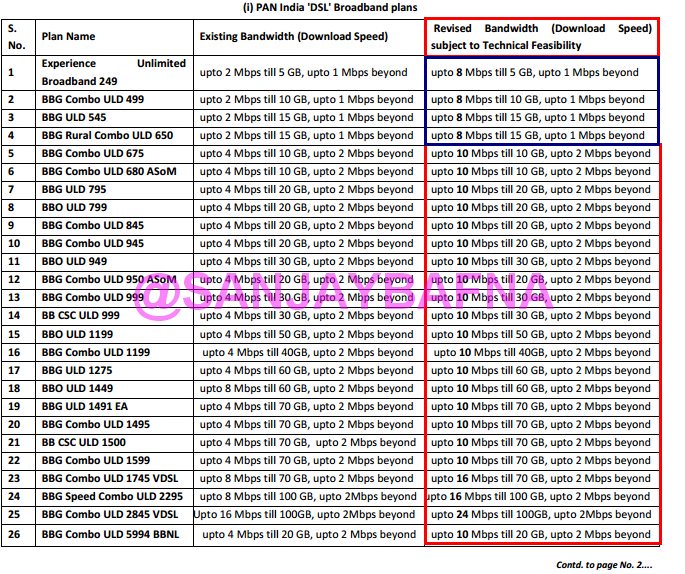 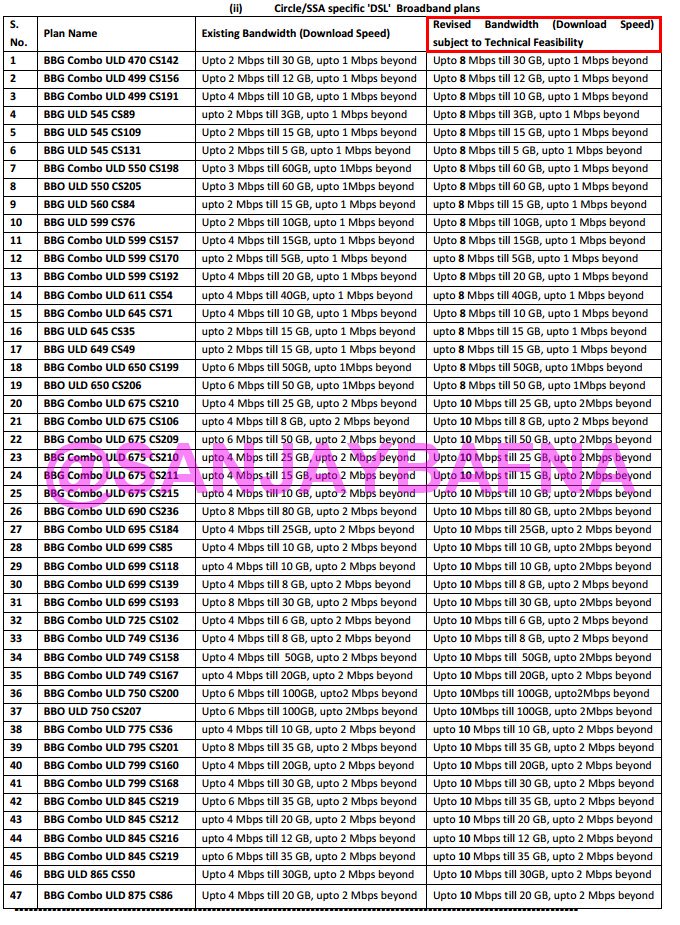 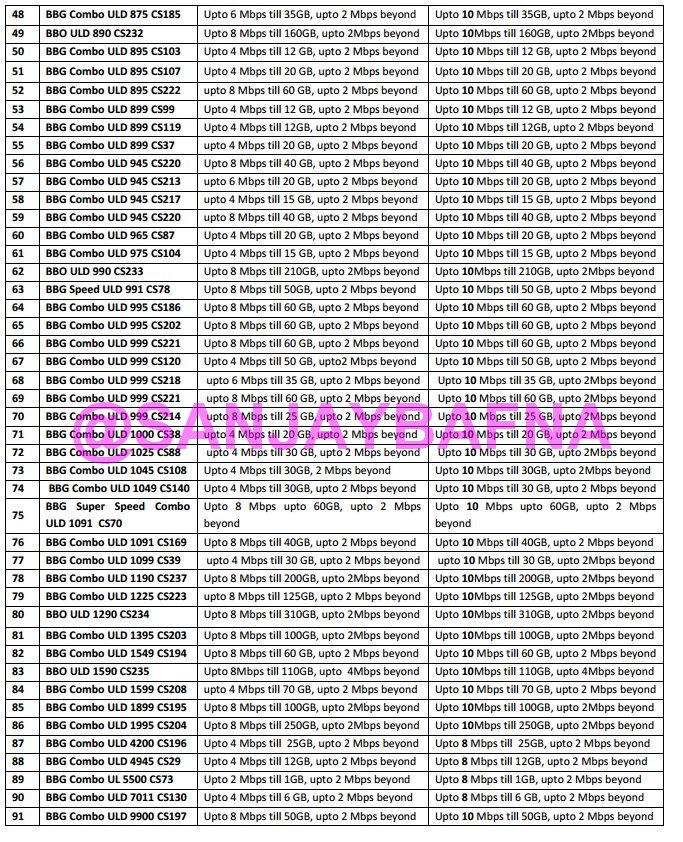 The news was exclusively reported by Sanjay Baffna who is known for providing the latest news on Telecom.

All the plans from BBG Combo ULD 675 to BBG Combo ULD 9900 will have minimum broadband speeds of 10 Mbps. The other plans get up to 8 Mbps speeds.

The users near to the telephone exchange will be able to get full speeds of 10 Mbps. The maximum distance should be 2 Km and also it depends on the quality of the copper cable. The speeds will drop as the distance goes farther.