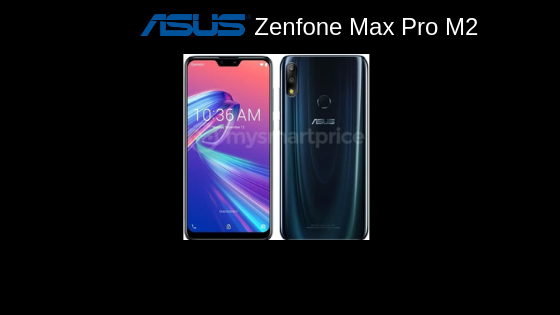 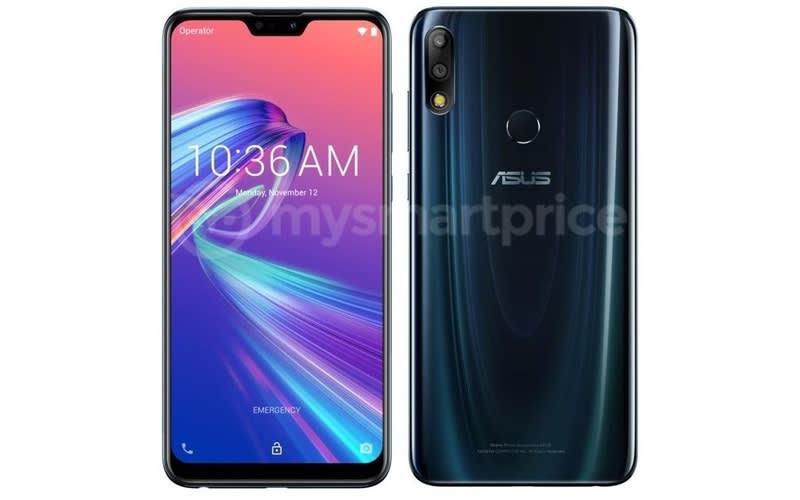 According to the leaked press render, Zenfone Max Pro M2 will be powered by Qualcomm Snapdragon 660 Octa Core Processor. It will be coupled with be 4GB RAM and 6GB RAM respectively. When it comes to the internal storage, we can expect up to 64GB of internal storage.

Asus Zenfone Max Pro M2 is expected to sport a 6.26-inch 19:9 FULL HD+ display with a resolution of 1080 X 2280 pixels. The display is slightly larger compared to its predecessor, Zenfone Max Pro M1.

There were rumours of a Triple camera setup on the Zenfone Max Pro M2. But going by the latest leaked press renders, this smartphone will sport a Dual Camera set up to the rear. Asus Zenfone Max Pro M2 is expected to sport a Rear 12MP + 5MP Dual Camera setup. The primary sensor will be a Sony IMX486 sensor with f/1.8 aperture, which should help in capturing good quality photos in low light. The front facing camera is expected to be a 13MP sensor with f/2.0 aperture.

The battery on Asus Zenfone Max Pro M2 is going to be the same 5000mAh as seen on its predecessor, Max Pro M1. Sadly, there might not be USB Type-C port this time and it will sport the good old Micro USB port. With the more powerful Snapdragon 660 chipset, we can expect some improvements in the battery life.