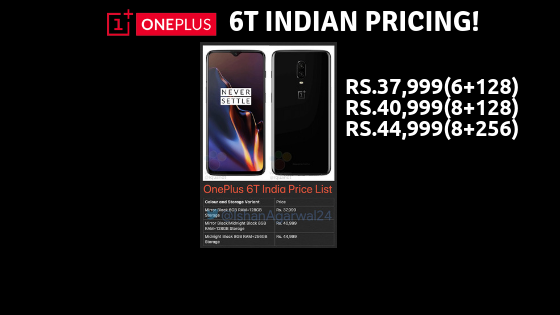 Oneplus has been teasing their upcoming smartphone, Oneplus 6T for quite some time and recently the company announced that Oneplus 6T will be launching on October 30 in India. A lot of leaks has been circulating around the web regarding Oneplus 6T and its pricing. Today, the official Indian pricing of Oneplus 6T has been leaked by popular smartphone leakster Ishan Agrawal. Accroding to the leak, Oneplus 6T will start at Rs. 37,999 for the base variant and goes all the way up to Rs.44,999.

Here are more details on the leaked pricing:

According to the leaks, it looks like Oneplus is making the default storage as 128GB and going away with the previous 64GB internal storage. There is going to be two colour variants of the smartphone and two RAM variants of Oneplus 6T. 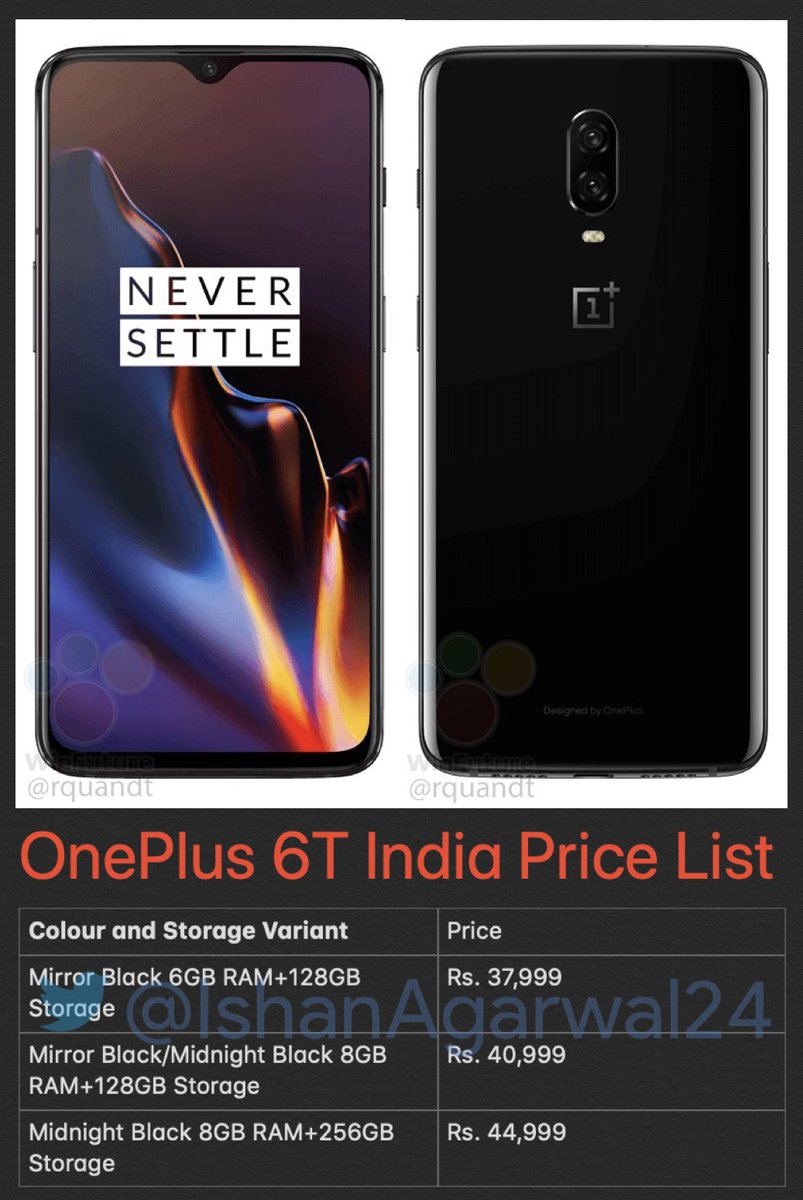 BIG LEAK ALERT! Here are the OnePlus 6T India Prices brought to you guys exclusively by me and @mysmartprice!

Today, Oneplus also put up the launch event invites of Oneplus 6T on sale at Oneplus’s official website. We will be knowing more details on October 30 and we will update the page once we have more information.