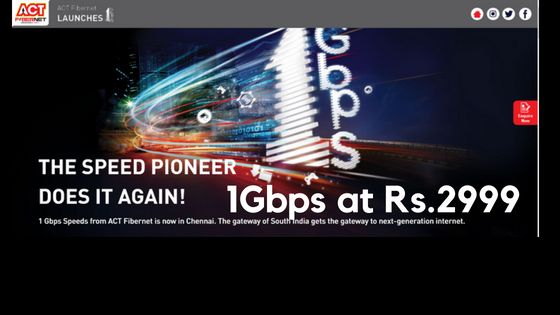 ACT Fibernet, a popular optical fiber-based Internet service provider in India launched Gigabit Internet in Hyderabad last year making it the first city in India to get 1Gbps internet speeds. The service was later then launched in Bangalore too. ACT Fibernet has different prices for Gigabit plans in Hyderabad and Bangalore. The company has been known for offering faster internet speeds at an affordable price.

Today, ACT Fibernet has brought Gigabit Internet to Chennai. ACT is offering 1Gbps internet speeds at a price of Rs.2999. The FUP is capped at 3TB(3000GB) and the speed drops to 2Mbps post FUP. But 3TB should suffice most of the users. 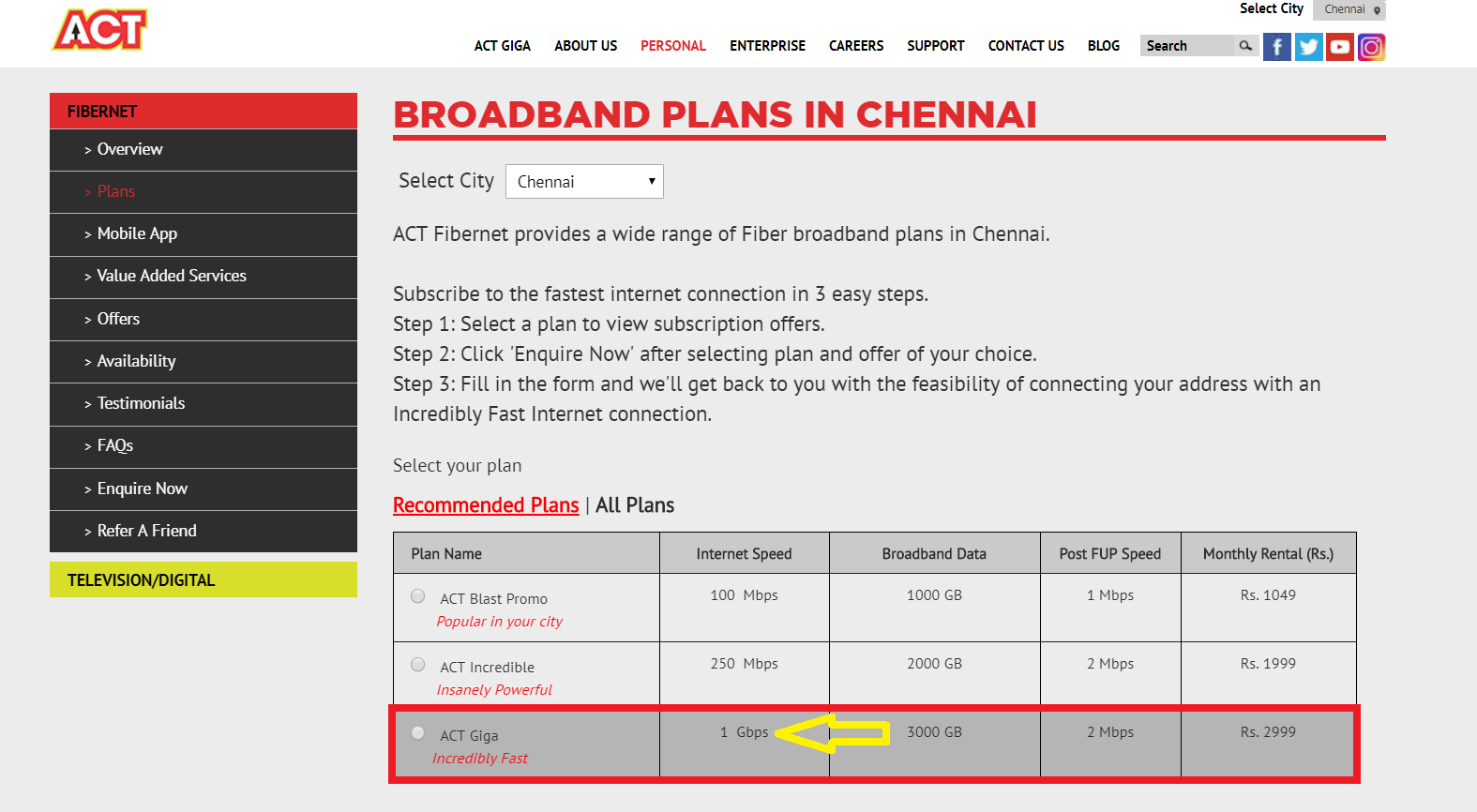 There are also offers on advance rental for Gigabit plans too. If you pay for 6 months, you get 1 month free and if you pay for 12 months, then you get 2 months free. It is to be noted this plan doesn’t come with Google Home Mini as a freebie.

Previously, Cherrinet launched 1Gbps internet in Chennai and it was priced at Rs. 10,000 for 2TB data. Recently at the Annual General Meeting of Reliance, we saw Reliance announcing Gigabit Internet in India. The registration will be live for Reliance Giga Fiber from 15th August onwards.

How to install Android Q Beta on Realme 3 Pro?[Download Link]

What is Realme Blind Order for Realme 3 Pro? More details, how to use it and more