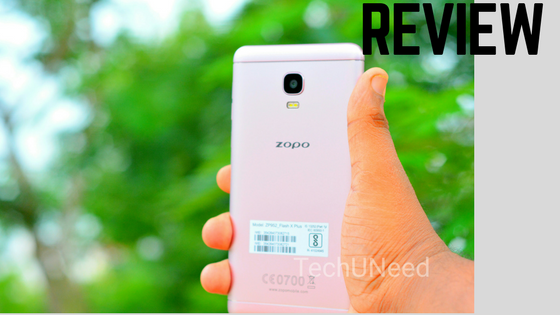 Is the smartphone good? Does it provide value for money? Let us find out in this review.

The unboxing experience was quite different from other unboxings. The box is huge and comes with an ‘X’ shape design indicating the Flash X Plus branding followed by Zopo logo at the top right corner. At the rear of the box, the specifications and other usual stuff are mentioned.

On opening the box, you will find the Flash X Plus itself. It is then followed by the accessories ie., Earphones, SIM ejector tool, Travel Adapter, Micro USB cable and the usual paper stuff. Zopo has also provided a TPU case in the box. Sweet!

To the top, there is a secondary noise cancellation microphone. Moving to the front, you will find an earpiece, front facing shooter, the usual set of sensors and the 5.5 inches FULL HD display which is covered by 2.5D glass. As it has 2.5D glass on the front, it feels easy to hold and gives a premium experience. The volume rockers and the power button are located to the right of Flash X Plus. The micro USB port, speaker, and primary microphone reside at the bottom. The left side of the smartphone houses a tray. This tray can take in either Dual SIM cards or a SIM+MicroSD card. It is a Hybrid solution.  To the rear, there is a 13 MP Primary Camera with LED flash followed by Zopo branding. 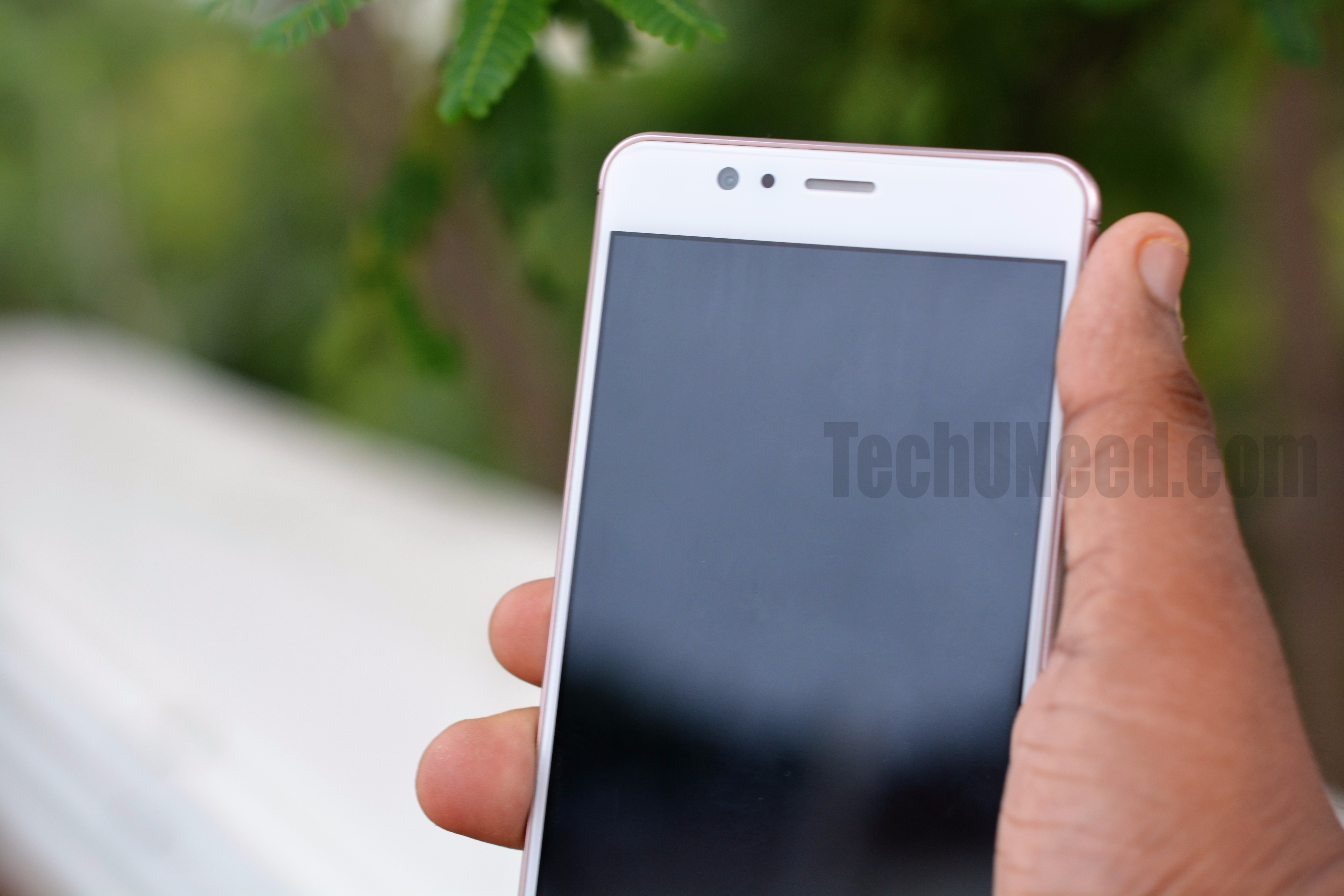 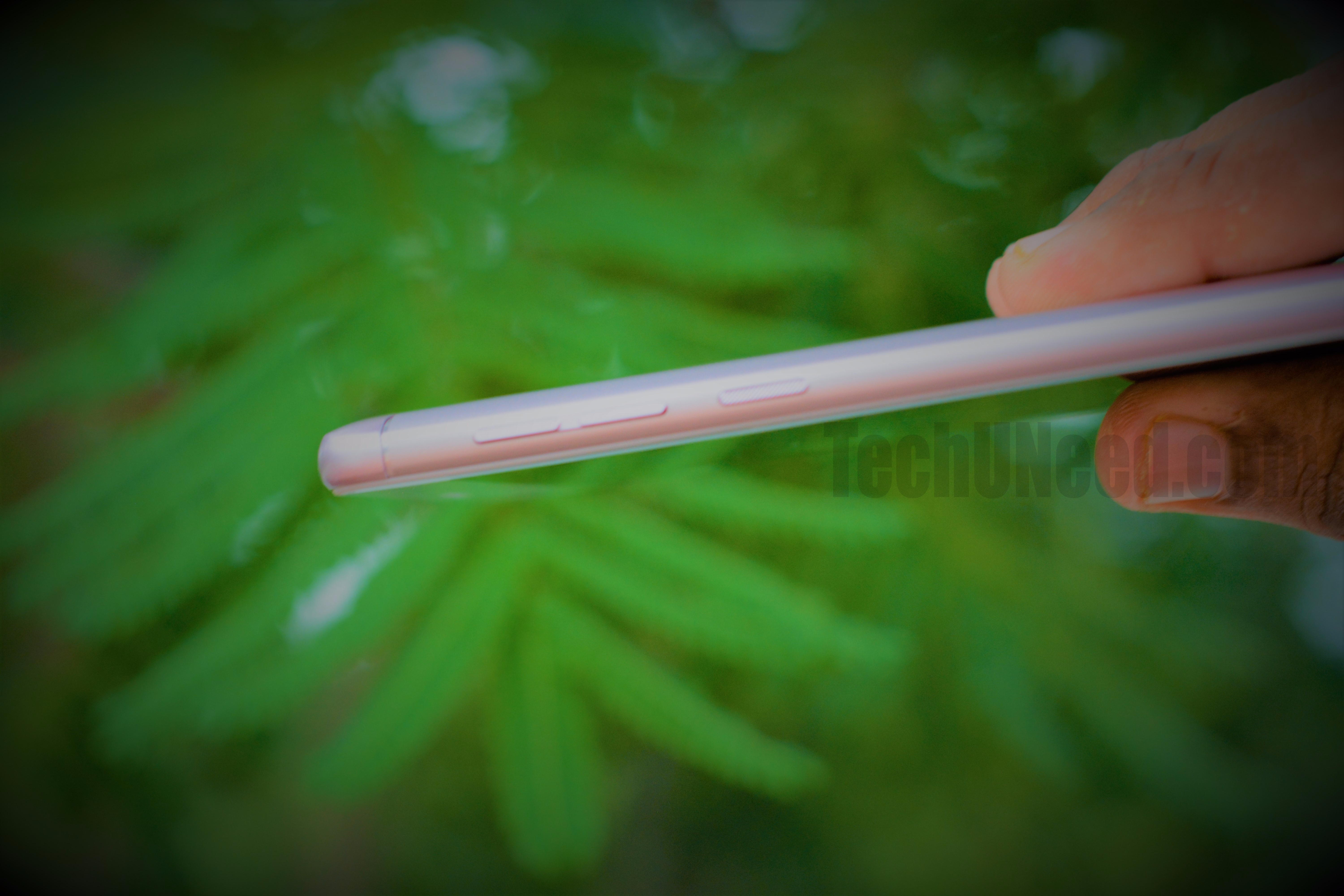 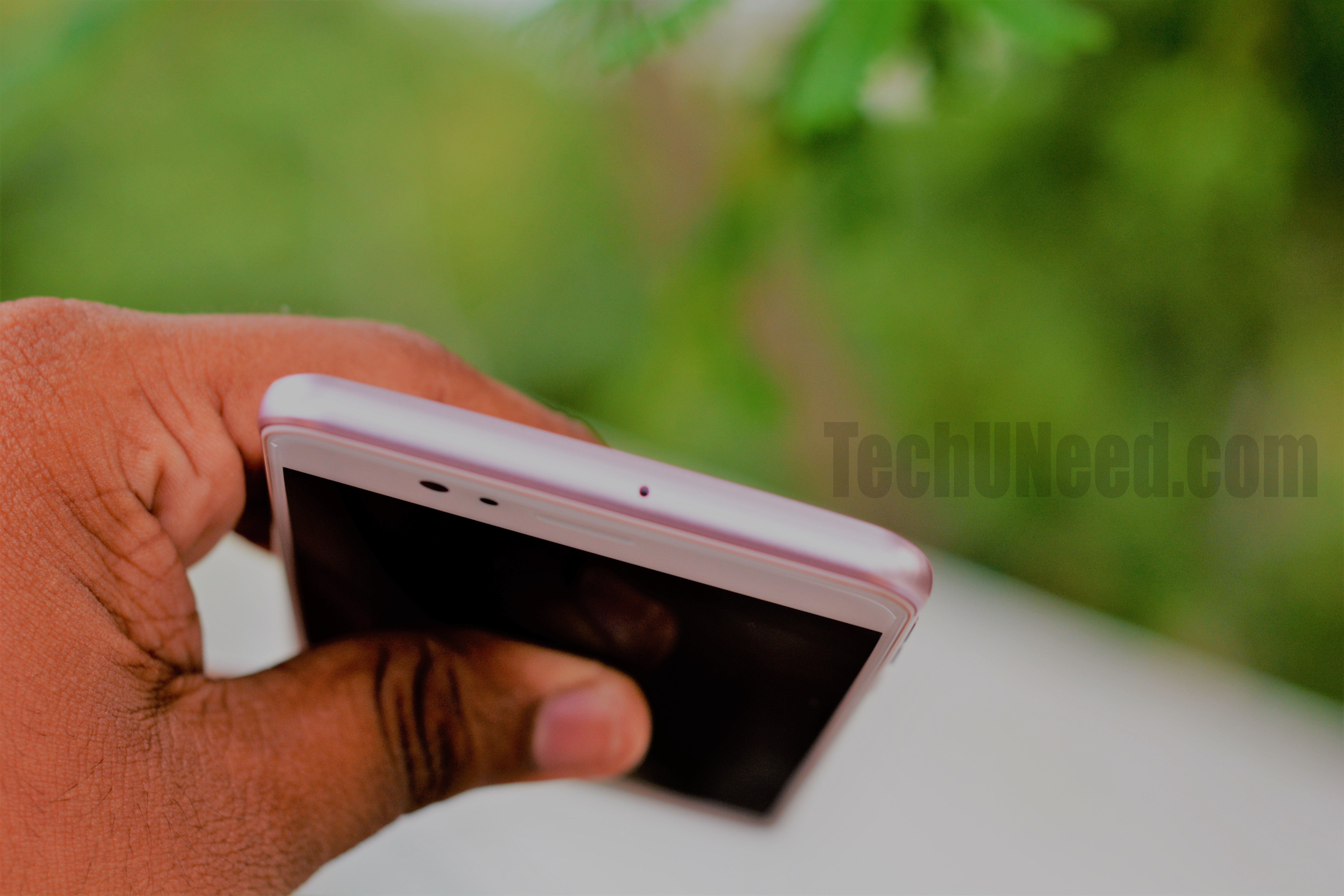 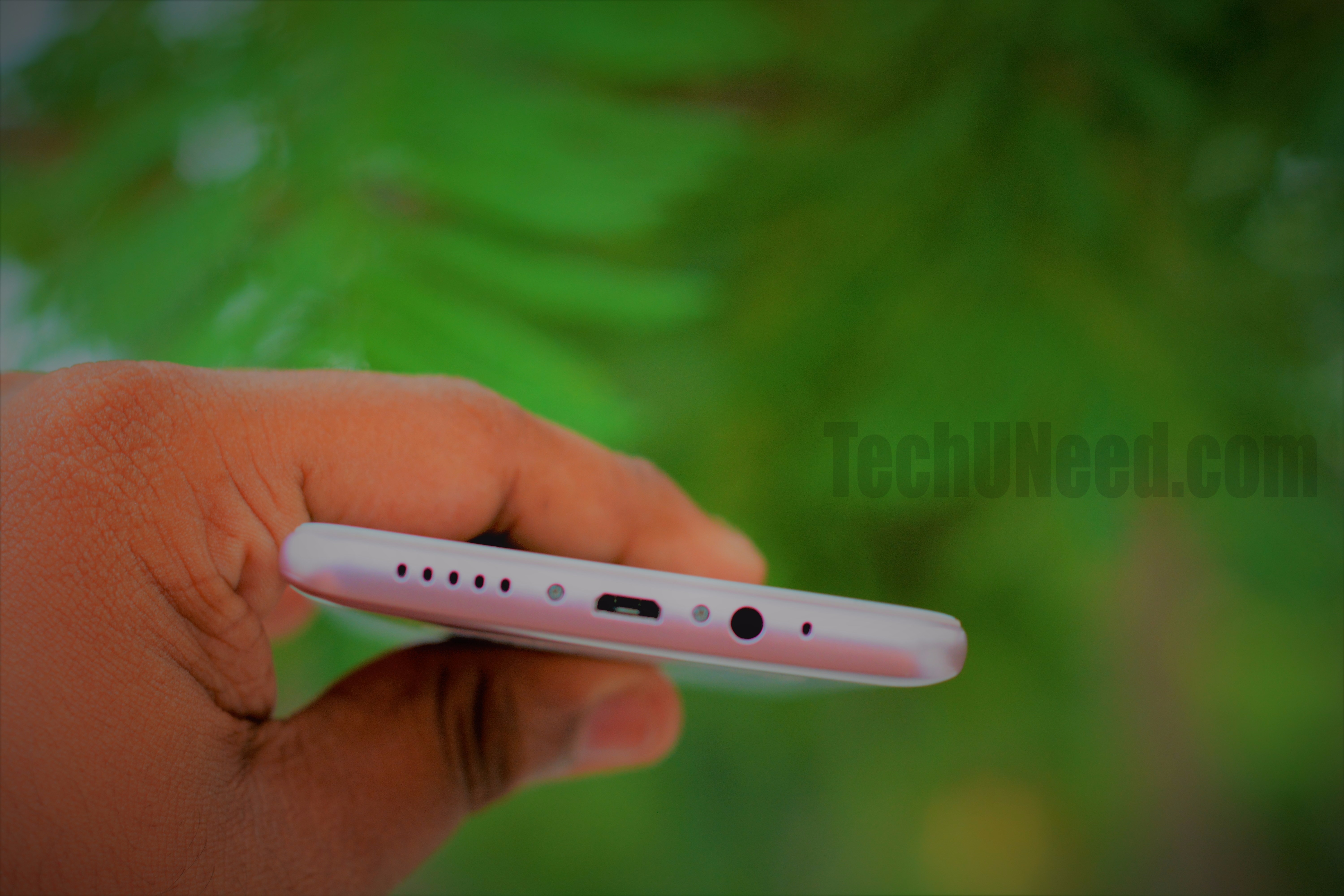 Zopo Flash X Plus comes with a 5.5 inches FULL HD display sporting a resolution of 1920 x 1080 pixels. The glass itself is a 2.5D glass and the subtle curve gives it a premium look and makes it easy to hold thus improving the ergonomics of the device. The quality of panel used by Zopo is good and the pixels are hardly noticeable. The display is sharp and can go very bright and the colors are well saturated. When it comes to outdoor visibility, it is decent. You should not have a problem using this device outdoors. 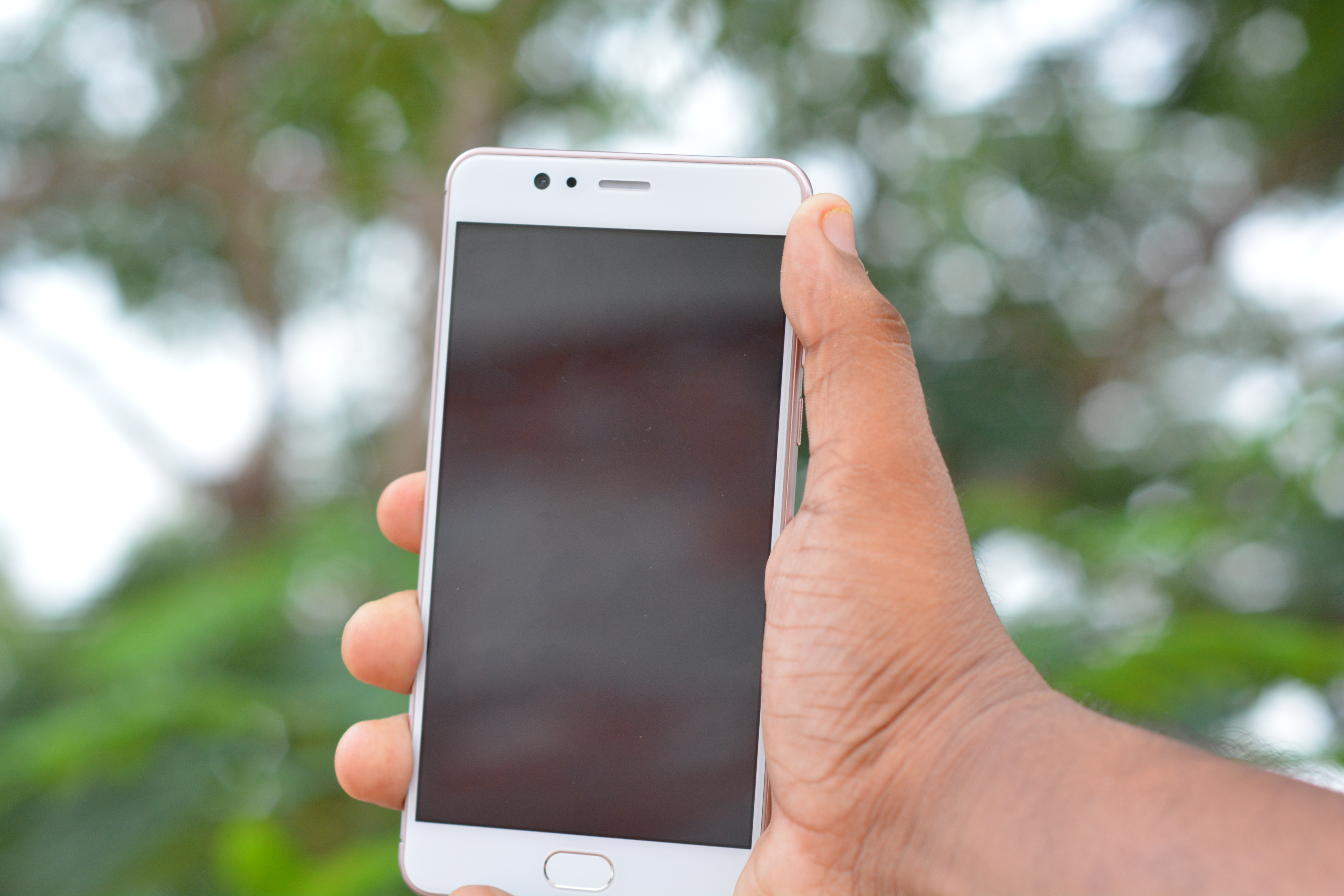 Zopo Flash X Plus has a 13 MP Rear Shooter and an 8 MP front facing camera. The sensor is an IMX135 from Sony. The rear camera has an aperture of f/2.2. The camera app is quite basic but it has different modes to tinker around. 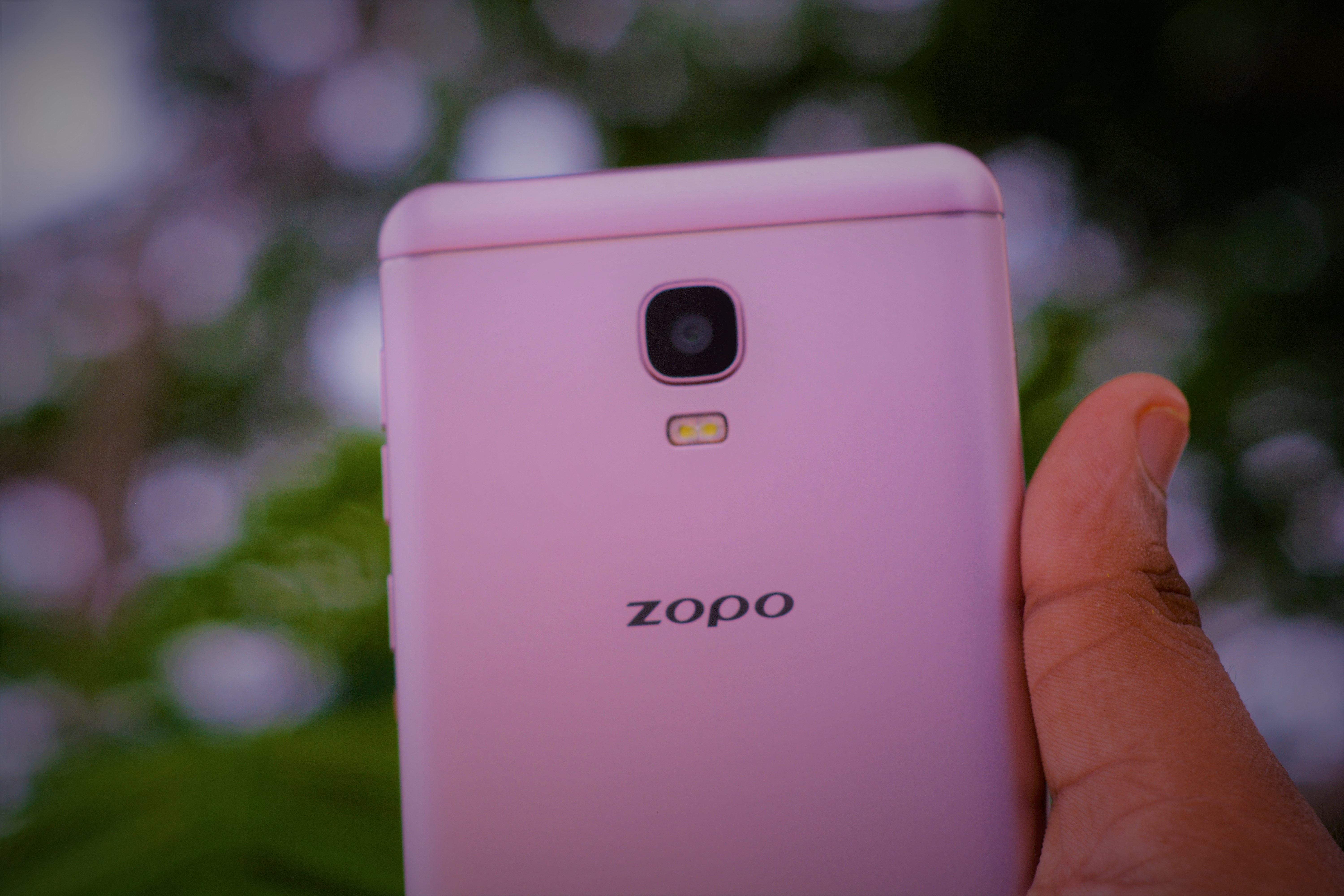 As you can see from the above images, the pictures shot outdoors come out to be good, if the lighting conditions are good. But when it comes to semi-indoors and indoor lighting, the camera struggles. There is a considerable amount of noise in the pictures. When it comes to macro shots, Flash X Plus does a good job.

The smartphone can record videos up to FULL HD and the quality of the footage is good. There are details in the video and the stabilization is also quite good.

The front facing camera is an 8 MP shooter and the selfies taken from it come out to be very good.

Flash X Plus is powered by MediaTek MT6753 SOC which is an Octa Core Processor clocked at 1.3Ghz. The same processor powered Coolpad Note 3 too. Flash X Plus is coupled with 3 GB DDR3 RAM and 32 GB Internal Storage out of which ~25 GB is available to the user on first boot.

Talking about the performance of Flash X Plus, I have mixed feelings about it. The CPU is quite powerful to handle day to day activities, run casual applications and the same translates into the performance. But when it comes to multitasking, Flash X Plus was not able to handle many applications in memory and it was reloading the applications. Don’t get me wrong. It is not that bad and the device could hold 4-5 apps easily in memory. After that, it starts to boot out from the memory.

The GPU in Flash X Plus is not that powerful to handle graphic intensive games but casual games like Temple Run 2, Subway Surfers ran smoothly without any issues. There was noticeable frame drops in Asphalt 8, Nova 3 and Modern Combat 5.

When it comes to the overall performance of the device, it is quite good.

Zopo has not tinkered the user interface much and kept it mostly stock. In my opinion, taking the Stock Android route is the best thing Zopo has done with this smartphone. It runs on Android 6.0.1 Marshmallow with very minimalistic customizations from the company.

Thanks to the Stock Android and optimization from Zopo, there was no lag whatsoever in the user interface. There are some nifty features that will be useful for users. Gesture Sensing for Gallery, Camera, Music etc is some of the useful features present in the smartphone. 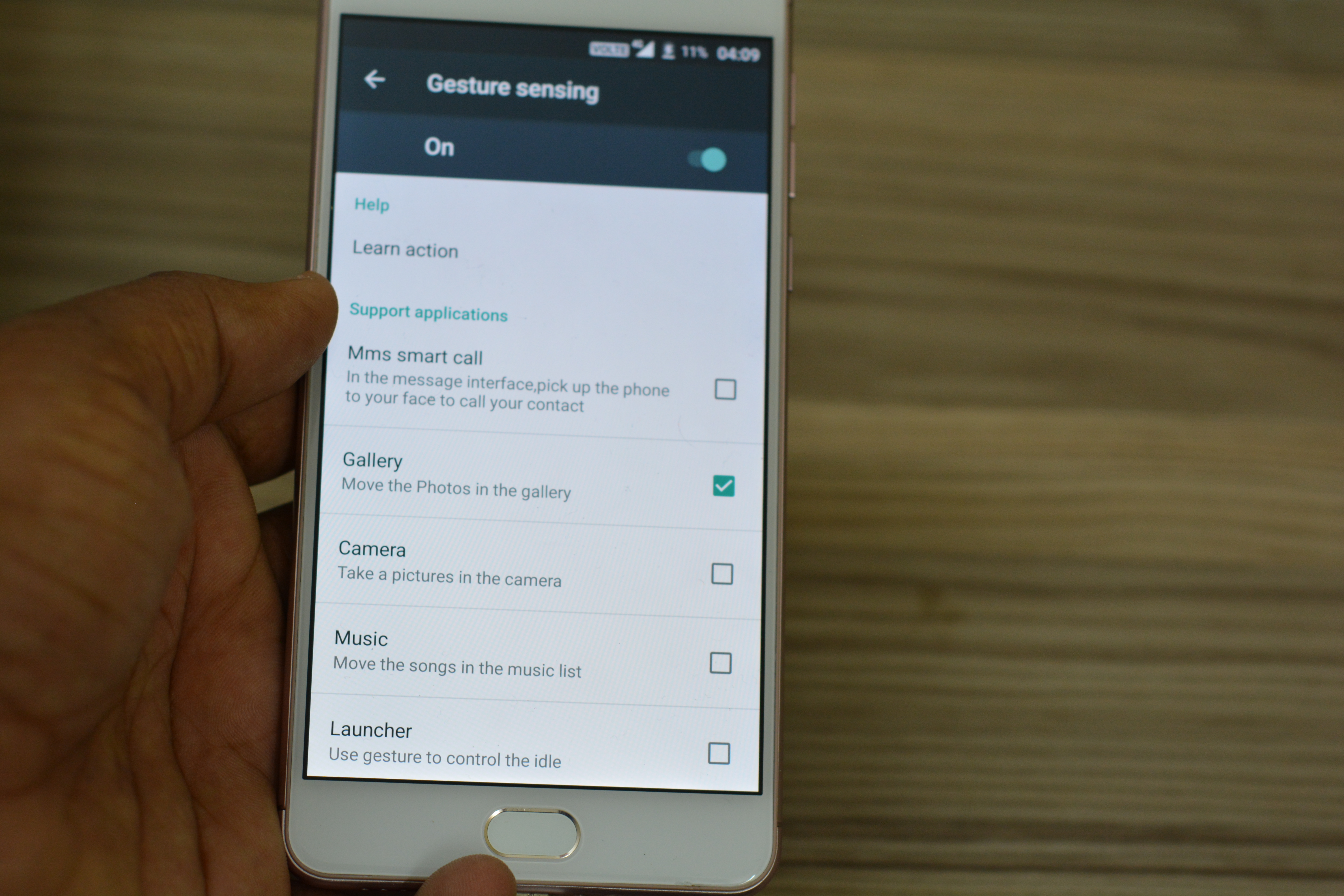 Turbo Download is another nifty feature that is present in this smartphone. The functionality of this feature is very simple. When the mobile data is turned on along with WiFi, it combines the bandwidth of both and gives you a faster and seamless download experience.

Kudos to Zopo for keeping the interface stock and optimizing the software!

When it comes to connectivity, this smartphone has almost all the connectivity options. There is support for Dual Band Wifi (2.4 GHz and 5 GHz), Bluetooth, Wifi Hotspot. The essential feature present in all smartphones launched in 2017 i.e., 4G VoLTE is present in Zopo Flash X Plus too. Yes, this device supports VoLTE and I have tested it with Jio 4G network. The call quality with VoLTE was crystal clear and the other party was able to hear my voice without any issues. 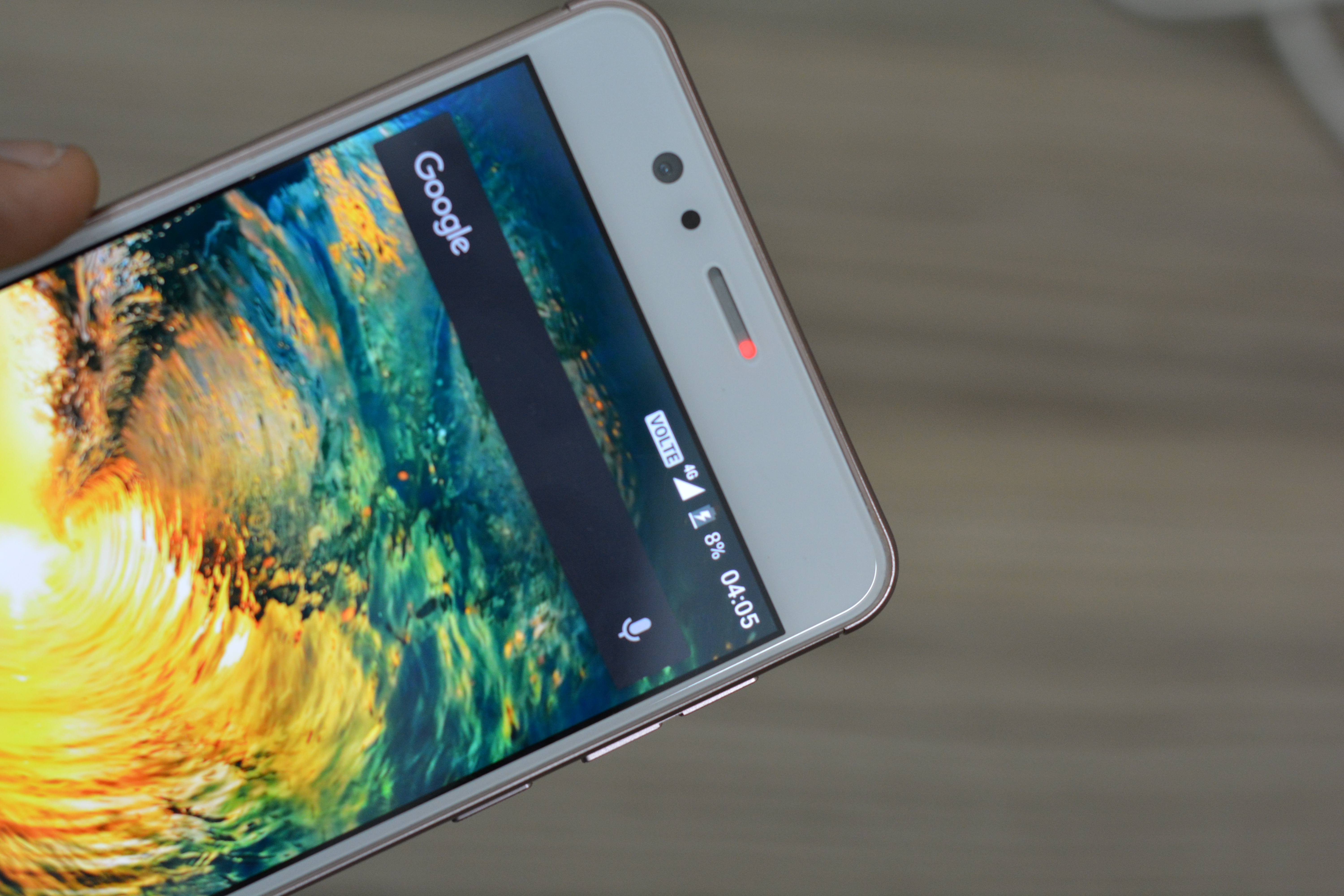 Zopo Flash X Plus is backed up by a 3100mAH Lithium Polymer battery. The charger supplied with this device isn’t a fast charging one and it charges the smartphone in ~ 3 hours.

The battery life on Flash X Plus was very good and it will easily last for a full working day on a single charge with heavy usage. With casual usage, it could easily last 2 days. 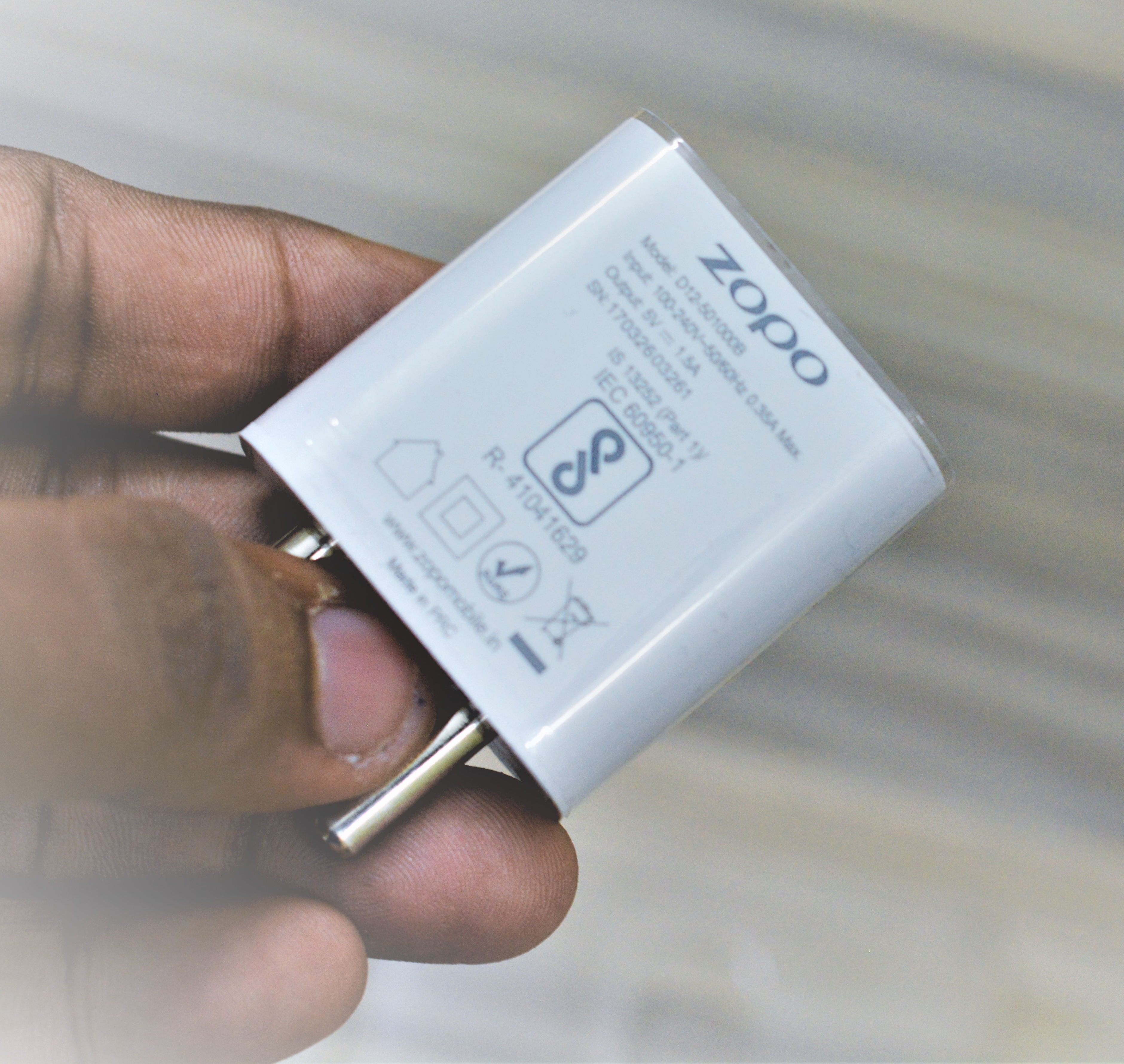 With my time with the phone, I noticed a bug in the battery meter. The smartphone’s battery would drain rapidly below 15%. I hope Zopo releases a software update to fix this issue. 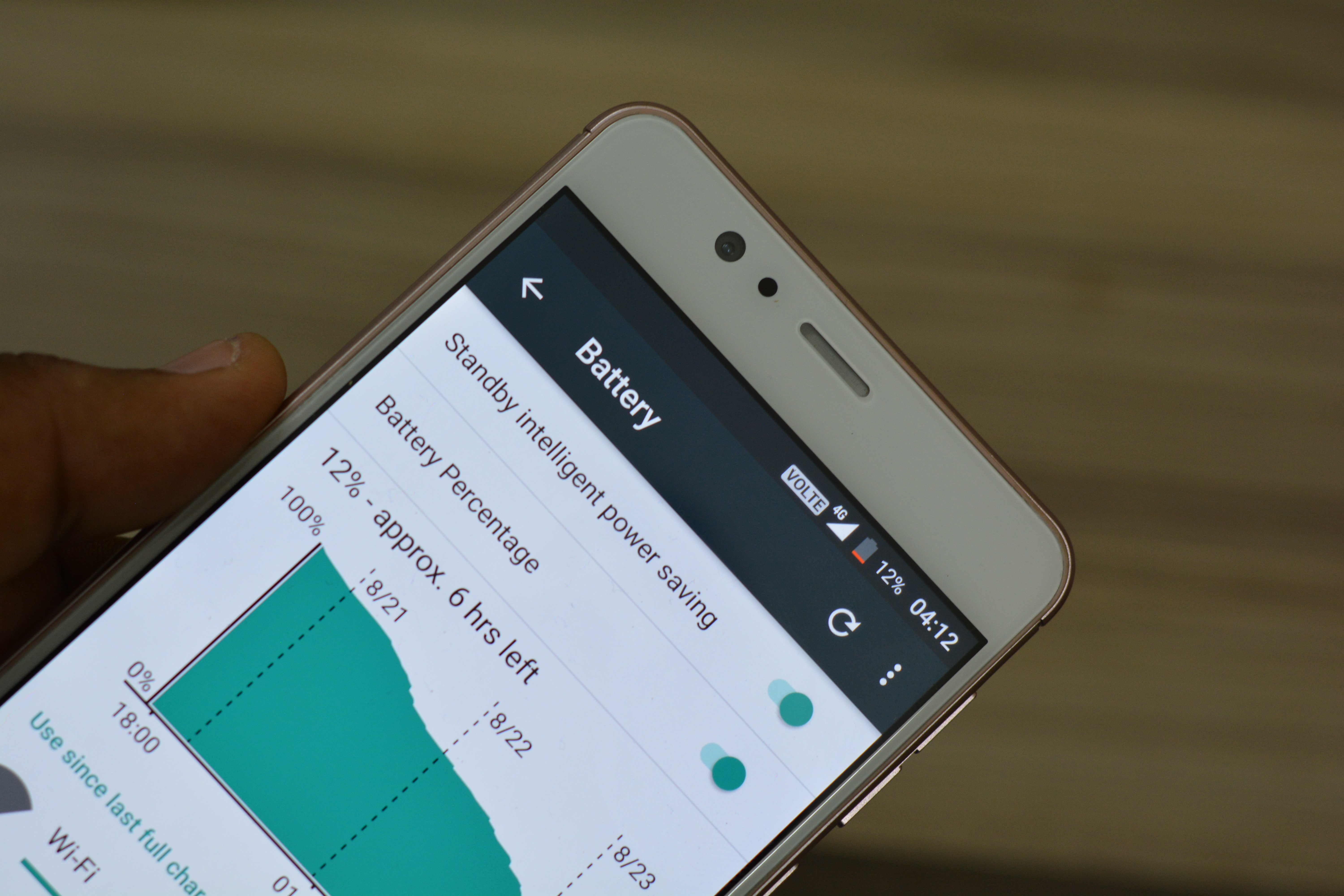 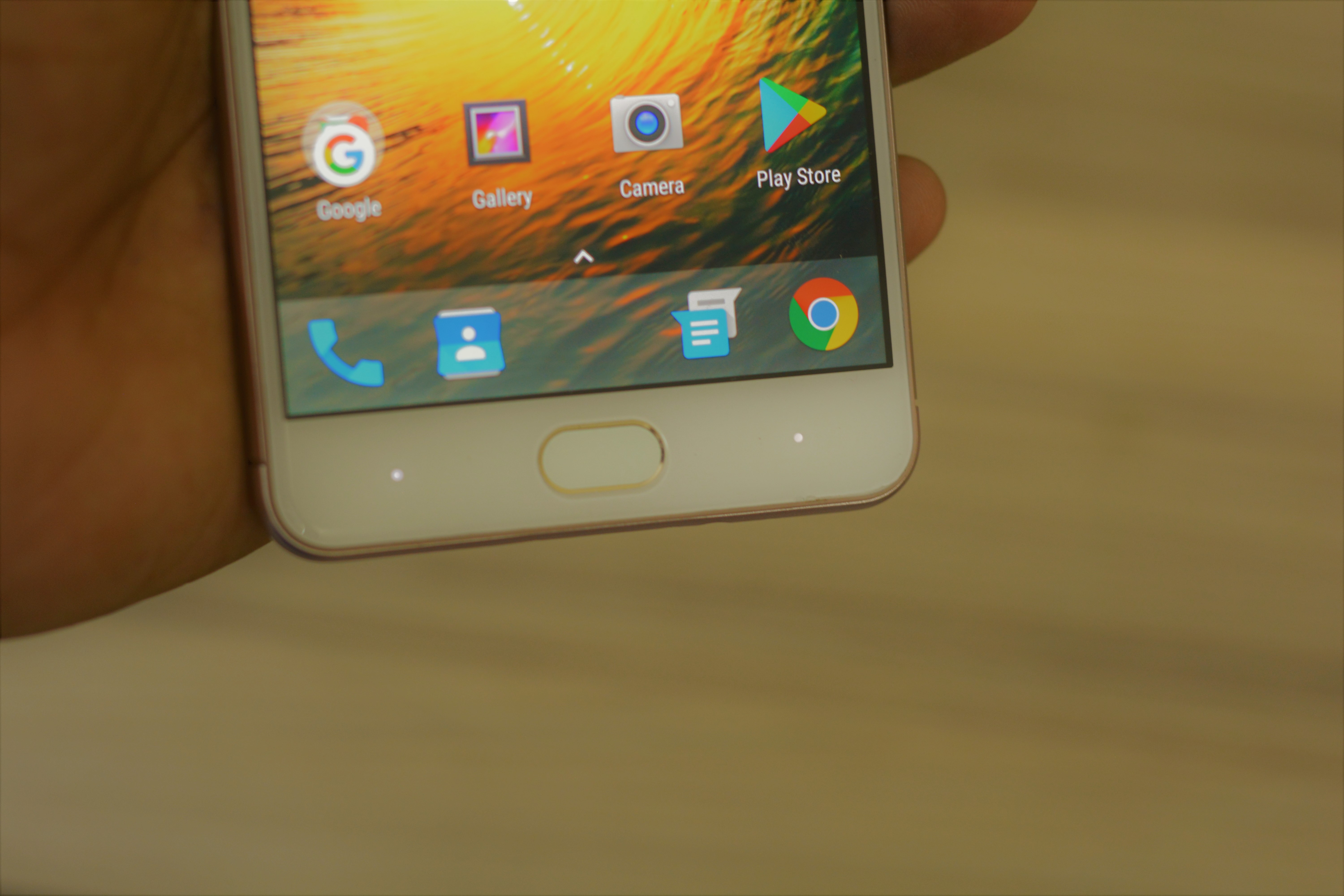 Zopo Flash X Plus is priced at ₹ 9,999 and is sold via Flipkart. It comes in a range of colors such as Royale Gold, Charcoal Black, Orchid Gold, and Space Grey.

Zopo Flash X Plus is right at the price point among other competitors. If you are in the market looking for a stylish smartphone with Stock Android and then Flash X Plus is a good option.

You can find the Pros and Cons of this device below. 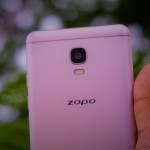