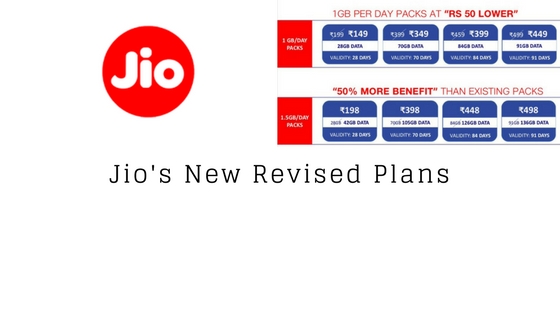 We have been seeing attractive offers being launched by telecom operators in India to sustain the competition. Recently, Reliance Jio launched Happy New Year 2018 plans to take on the attractive plans by incumbent operators like Airtel, Vodafone, Idea etc. But many users felt that those plans weren’t actually attractive and other operators offered a better value for money.

To counter that, Reliance Jio has revised its Happy New Year 2018 plans by providing additional data and extending the validity of these plans. The Rs. 199 plan which provides 1 GB data/day for 28 days has now received a price cut and the same plan costs Rs. 149 with the same benefits. Jio’s most popular plan i.e., Rs. 399 plan now provides 84 GB data for 84 days. It previously cost Rs. 459 and now it has receviced a price cut.

The revised plans will be available to Jio users from 9th January (Tuesday), 2018 onwards.

Here are more details on the revised plans 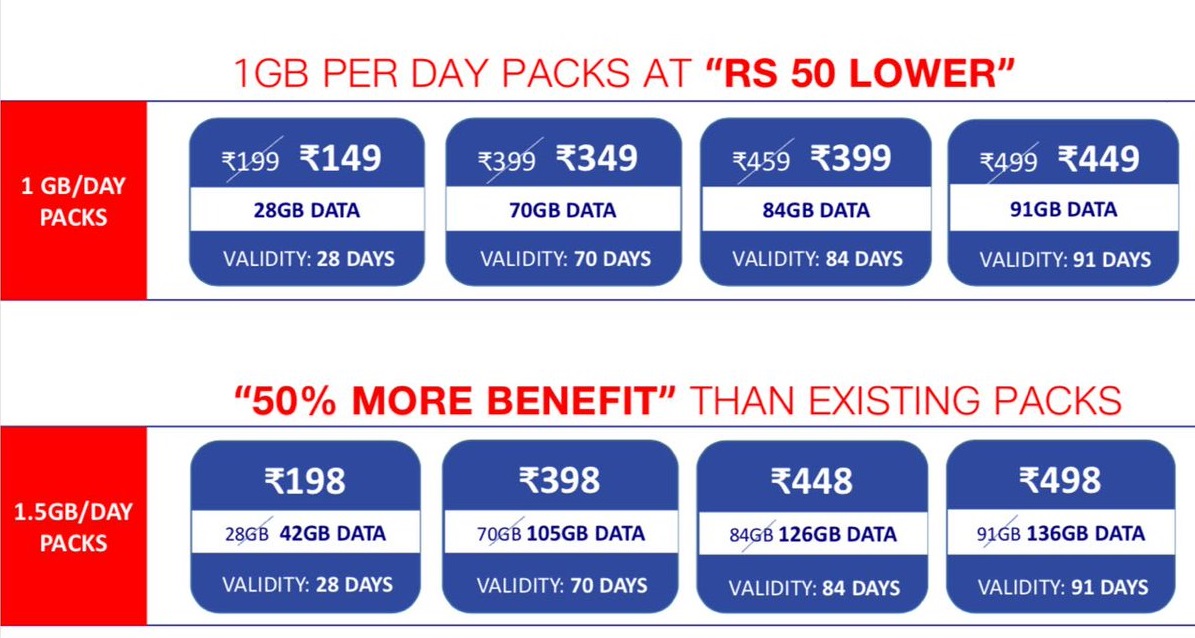 The higher data plan i.e., 1.5 GB/day has been revised too and now it provides 50% more benefit than the existing packs. The Rs. 198 plan now offers 42 GB Data compared to 28 GB data that was offered earlier. Similarly, the other plans have received a price cut and have been revised.

The revised plans from Jio are very competitively priced compared to incumbent operators like Airtel, Vodafone, Idea etc. We hope that other operators will revise their existing plans.

A Closer Look on JioPhone